Although having mostly begun in 2005, they did not become fully active until 2009, until breaking up in October 2012.

Peter Hollow and Joe Skold met at Underdale High School in 2005 of which they both attended. They played music as a duo at this time.

They decided to officially start a band in late 2008. A few months later, Joe received a message from Phil Hunter who had seen an online ad searching for a singer. They had accepted Phil into the band as singer and rhythm guitarist in August 2009. Lucas Griffin, a friend and housemate of Phil, took on bass very soon after.

The band played very regularly at many locations throughout Adelaide, and was never inactive,

February 2011, Jarrod Minnicon, friend of Phil and Lucas, became the rhythm guitarist, taking over for Phil. After only one gig, Jarrod left due to disinterest.

May 2011, Now having joined industrial rock band Across the Maelstrom, Joe departed from Postbox Dynasty. They were quickly back in action with the joining of Michael Konieczny.

October 2012, Peter left the band, and they decided to cease any further continuation with the name 'Postbox Dynasty'. 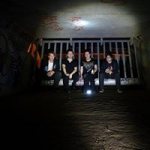 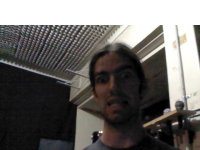