Ryan Simm (born May 22, 1985) is an Australian drummer, percussionist and composer from Adelaide, SA.

In 2011 Ryan formed Molloy, a 6 piece instrumental post-rock group that showcases many of his original compositions. The band's debut album, Malone Dies, was released in December of 2015.

With Concerto for Marienthal

With The El Caminos

With Only The Sky

With Those Magnificent Screaming Bastards 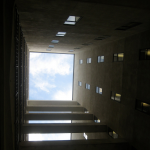